This story was written by the ILO Newsroom For official ILO statements and speeches, please visit our “Statements and Speeches” section.
By Guy Ryder, Director-General of the International Labour Organization

Portugal has put more than 500,000 people back into work since the peak of the global economic and social crisis. The unemployment rate has fallen from 17.5 per cent in January 2013 to just 6.7 per cent in the second quarter of 2018.

While the country complied with many of the fiscal consolidation and structural adjustment policies set by the international institutions, its unique and balanced policy mix has made the recovery solid and sustainable. This mix included strong support for the unemployed, increased minimum wages, the protection of workers’ rights and consultation with the social partners – workers’ and employers’ organizations.

In the time since I became head of the International Labour Organization (ILO) in October 2012 the world economy has been recovering slowly from the deepest recession in nearly 100 years. Negative growth in many countries, weak growth in others, and slow recovery are the hallmarks of recent years. When the global financial crisis began in 2007 many governments moved quickly shore up the private sector, with bailouts designed to counter the perceived risk to the global economic system created by the actions of financial and insurance institutions. In Europe, this crisis was followed by a sovereign debt crisis that particularly affected some members of the Eurozone.

Faced with anxiety and volatility in the financial markets, some of the Eurozone countries sought help from European and international institutions to ensure they would be able to cover their debts. But in return for this financial support, the countries had to accept harsh structural adjustment programmes that required rapid fiscal consolidation and legal changes. Often these had adverse effects on workers.

The ILO has continuously called for broader economic policy targets that go beyond debt ratios and current account deficits. We support a “productive” recovery which focuses on investment, employment and social protection, and which, combined with supportive macroeconomic policies, prioritizes job-rich and equitable growth.

The ILO report, “Decent Work in Portugal 2008-18 – from crisis to recovery”, that, together with Prime Minister Antonio Costa, I will launch in Lisbon on 16 October, provides evidence that a balanced approach can bring results. It supports the view - also held by an increasing number of experts - that the medicine prescribed by structural adjustment programmes has limits, and in some cases can even slow recovery and make those adjustments more painful.

This study challenges the conventional wisdom that adjustment can be accelerated and international competitiveness rapidly restored simply by reducing labour costs and increasing labour market flexibility. Of course, policies that improve the access to finance and environment for business played a crucial role in sustaining Portugal’s significant export growth. But the swift reintegration into the labour market of those who had lost their jobs, the preservation of minimum wages which supported income and domestic demand, and investment in skills development, also played a fundamental role in recovery, while the relatively strong employment protection given to workers did not seem to hinder it. So, the results of our research call into question the idea that increased labour market flexibility is the only way to go.

Last but not least, the study shows that social dialogue between government, employers and workers is key to a successful recovery, because the resulting policies are based on broader societal agreement. Social dialogue drew attention to the social costs of fiscal consolidation and the importance of supporting incomes and wages to boost economic growth. This helped to create a unique national response and ensured broader buy-in from the main stakeholders in the economy, in particular the social partners.

This is not to say that Portugal should rest on its laurels. The number of precarious workers is still significantly higher than before the crisis. The young and the long-term unemployed in particular, continue to face challenges when seeking decent jobs. The country’s external debt also remains high. Yet, this report shows that it is possible to run a responsible but active fiscal policy and move toward a gradual reduction of debt, while at the same time ensuring adequate employment and income protection, and improving labour market performance with targeted spending.

Policy makers around the world should ask themselves whom the economy should ultimately serve. While some challenges remain concerning the quality and sustainability of jobs in Portugal, the country’s experience serves as a valuable example of an alternative response to financial and sovereign debt crises, one that puts people at the heart of the policy response. It provides lessons that are relevant for countries around the globe.

What the Portuguese experience tells us is that the debate needs to include a much broader range of policy considerations. Economic growth without decent jobs will undermine social cohesion and ultimately growth itself. Embracing all the dimensions of the Sustainable Development Goals is an imperative of our time. Portugal is a case in point, teaching us that the right mix of macroeconomic, employment and skills policies is necessary, and possible, to achieve a sustainable future for all.
This article was published in Diario de Noticias on 14 October 2018. 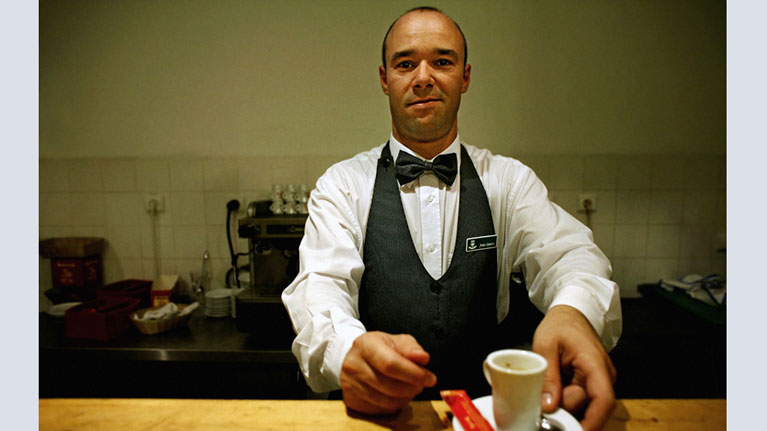