GENEVA (ILO News) – With more than 201 million workers unemployed in 2017 – an increase of 3.4 million compared to 2016 – enterprises, particularly small and medium-sized enterprises (SMEs), play a crucial role in creating decent jobs around the globe.

Between 2003 and 2016, the number of full-time employees within SMEs nearly doubled, with the share of total employment attributable to SMEs rising from 31 per cent to 35 per cent, according to the ILO’s World Employment and Social Outlook 2017: Sustainable Enterprises and Jobs.

“To reverse the recent trend of employment stagnation in SMEs, we need policies to better promote SMEs and a better business environment for all firms, including access to finance for the younger ones,” said Deborah Greenfield, ILO Deputy Director-General for Policy.

Job dynamics among young firms in terms of full-time permanent employment have also weakened since the global financial crisis, the report says.

The full-time permanent employment growth rate among young firms was on average 6.9 percentage points higher than for established firms during the pre-crisis period, but the difference declined to 5.5 percentage points in the post-crisis period. This change reflects developments in the overall business environment, whereby new and younger firms have been shedding jobs at a much faster pace than before. 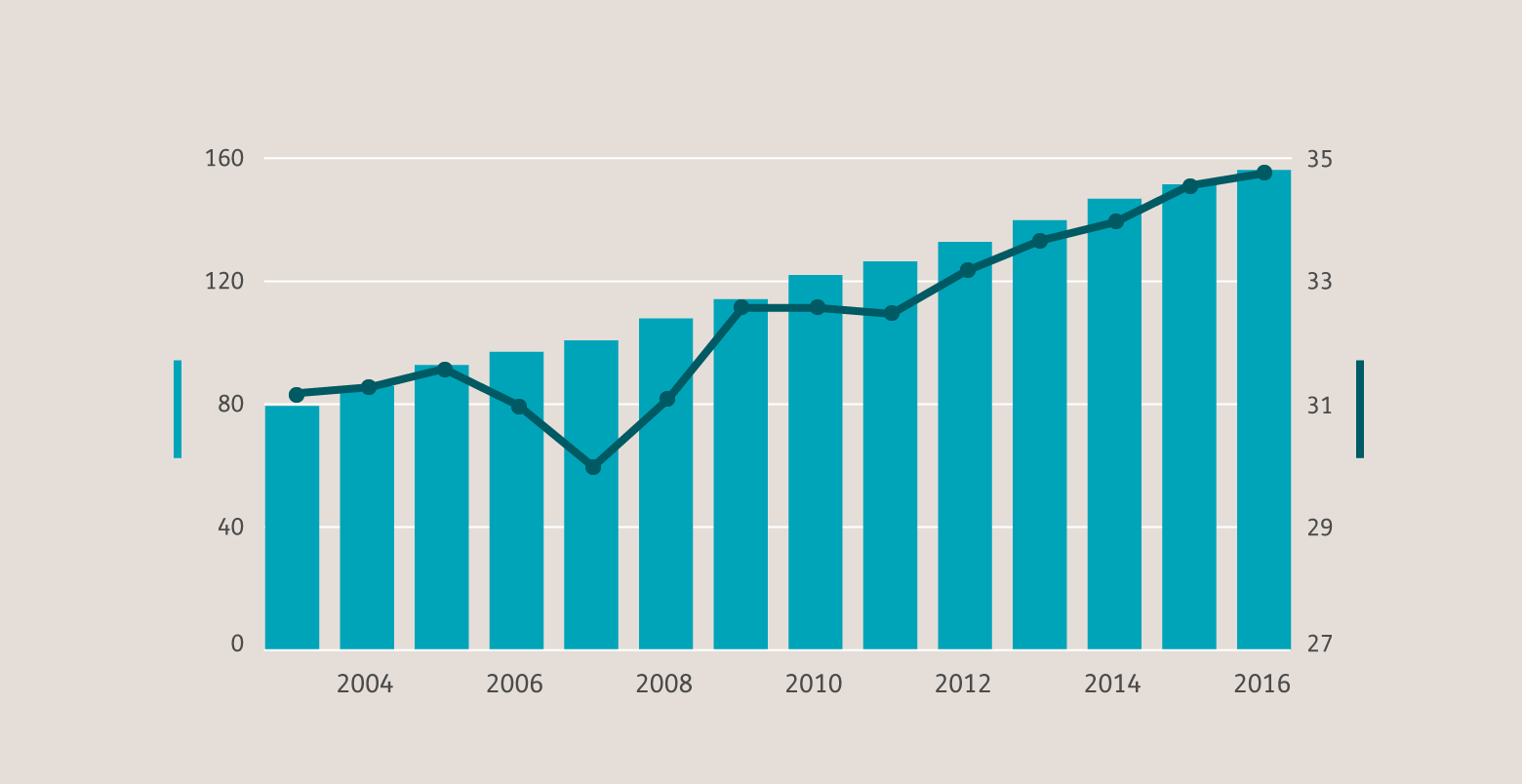 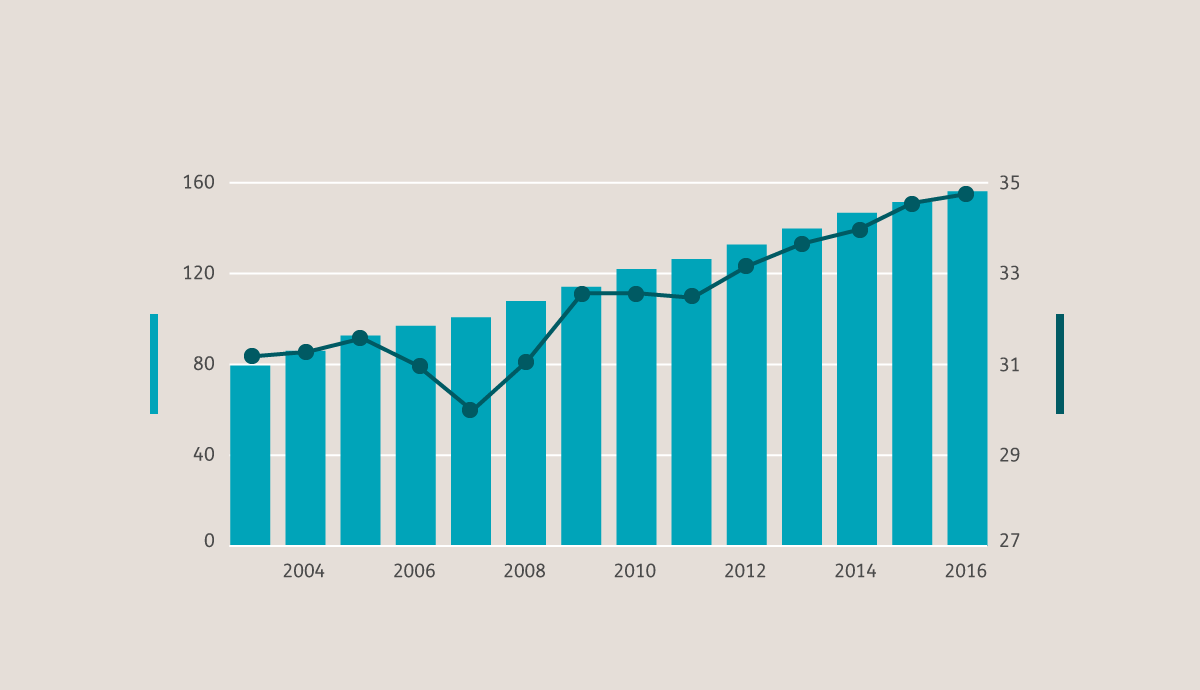 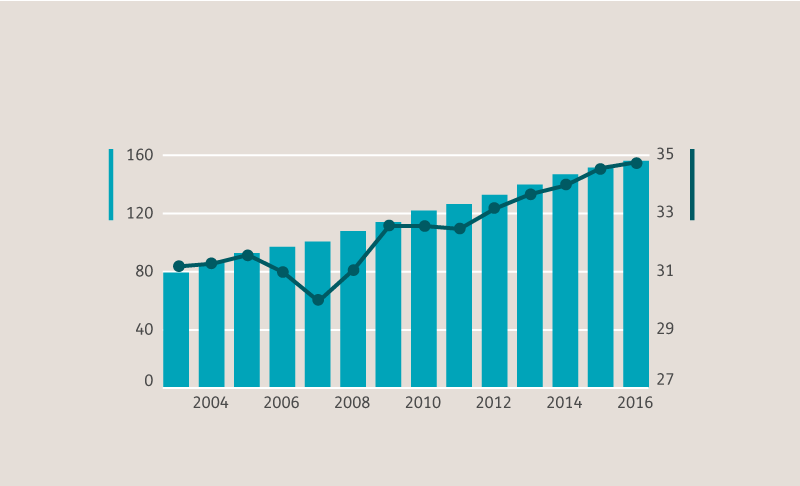 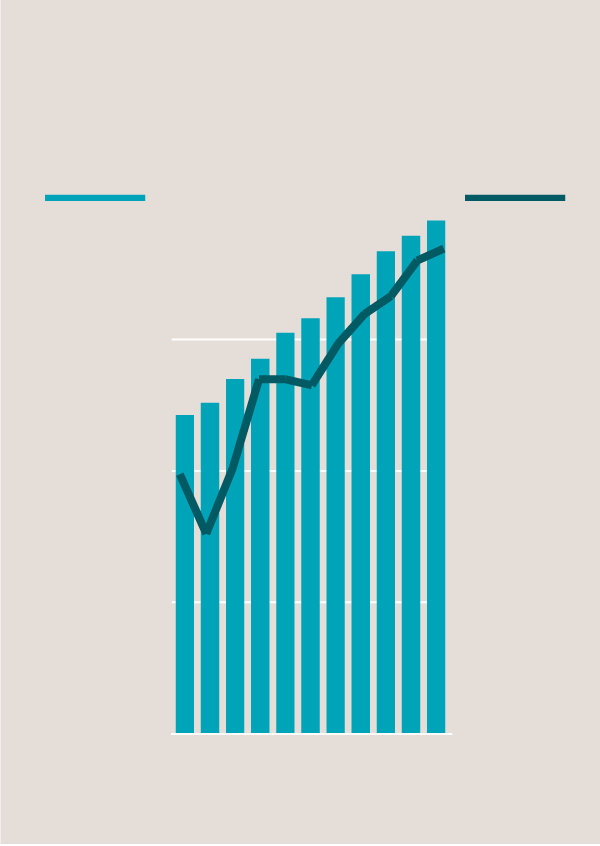 Evidence indicates that, on average, enterprises that provide formal training to their full-time permanent employees pay 14 per cent higher wages, are 19.6 per cent more productive and have 5.3 per cent lower unit labour costs, compared with those that do not offer training. Alternatively, on average, having a higher share of temporary employment by 10 percentage point is associated with lower average wages by 2.6 per cent and lower productivity by 1.9 per cent, which thus does not give competitive advantage in terms of their unit labour costs.

Trade and engagement in global supply chains are also important stimuli for job creation and productivity growth. As trade has stagnated in recent years, so too has trade-related employment. In 2016, 37.3 per cent of workers were employed in private formal exporting firms. This share is lower than the pre-crisis share of 38.6 per cent. The report notes that trading firms have higher productivity and pay higher wages than those firms not engaged in trade.

However, the productivity premiums for exporting and importing outweigh the wage premium by 13 and 5 percentage points. This indicates that there is scope to share gains from trade in a more inclusive manner.

Moreover, the share of women’s employment, particularly in SMEs, is strongly correlated with the per capita income of a country. Greater numbers of women in enterprises may therefore have a positive impact on growth and development, because micro-enterprises and SMEs often offer women an entry point into the formal labour market.

Finally, the ILO’s flagship report insists on the key role of social dialogue between governments, employers and workers for enterprise sustainability.

“While governments play an important role in shaping institutions that boost sustainable enterprises and inclusive growth, workers and their organizations advocate appropriate policies and regulations as well as representation. Through these concerted actions, sustainable enterprises can foster equal employment opportunities, workers’ protection and rights, and invest in workers as well as other important factors of production,” concluded Greenfield.