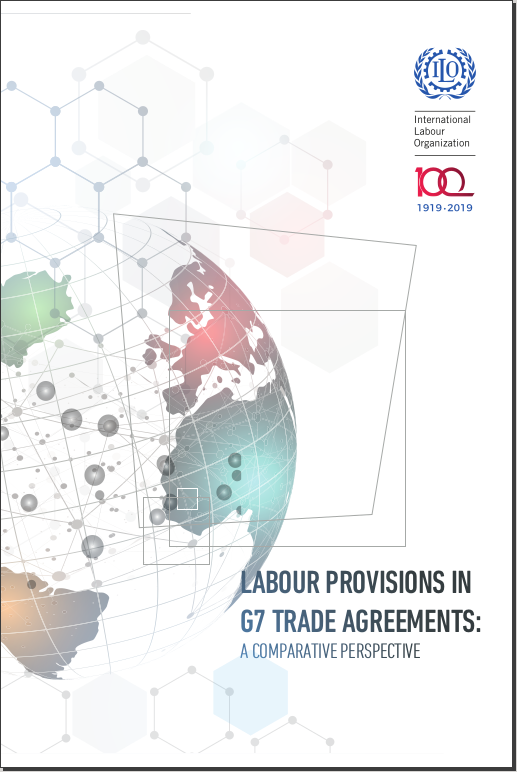 Download:
The report shows that in the past 25 years labour provisions have become a common feature of all G7 RTAs. While some G7 countries have a longstanding tradition in their legislation and trade policy of considering labour rights in relation to trade, others have more recently begun to employ this approach. This reflects the broad-based concern with the uneven impacts of globalization and trade on the labour market and the attempts by nation states to push for a level playing field based on minimum conditions of work and labour rights for all trading partners.

Of the 85 regional trade agreements with labour provisions, more than half, or 45, include as a partner at least one G7 country. These 45 agreements represent 1.2 billion workers, which amounts to almost 30 per cent of the world’s workers. Thus, the regulatory frameworks of these trade agreements have a deep connection to the governance of the world of work.

Indeed, the ILO Global Commission’s Report on the Future of Work highlights the need for increased dialogue and policy coherence among social, economic and trade policies to fulfil the human-centred agenda for growth and development. This resonates strongly with the G7 Presidency’s call for ‘networked multilateralism’ as a key element in addressing global inequality.