The Spotlight Initiative is an alliance between the European Union and the United Nations to eliminate all forms of violence against women and girls in the world, with a specific focus on domestic violence; sexual violence; harmful traditional practices; human trafficking and sexual and economic exploitation. It promotes the assumption of political commitments at the highest level and contributes to the achievement of the Sustainable Development Goals (SDGs) and, in particular, to that of Goal 5 on gender equality.

The world of work has a key role in preventing and eliminating gender-based violence; in this light, the ILO is part of the initiative. Work is the best place to train workers about their rights, to eliminate the toxic manifestations of masculinities and gender stereotypes, to prevent violence and to create a link between victims and health and support services. Regardless whether violence happens in or outside the workplace, it has an effect on work and governments, employers and workers can take action against it.

In Latin America, the Spotlight initiative is focused on eliminating the most extreme form of violence: femicide. The Project is implemented in five countries in the region: Argentina, El Salvador, Guatemala, Honduras and Mexico.

The election of Argentina as one of the countries implementing the initiative is based on the State’s commitment, expressed through the adoption of the First National Plan of Action for the Prevention, Assistance and Eradication of Violence against women 2017-2019, as well as through the ratification of different international and regional treaties. Furthermore, violence against women in Argentina is a grave and pervasive phenomenon: one women is murdered every 32 hours, according to data from the Ministry of National Security and the Omudsperson Office.

In Argentina the Initiative will be rolled out in two phases, the first taking place between December 2018 and December 2020. In addition to work at the national level, work will be carried out with the provinces of Buenos Aires, Salta and Jujuy, which were selected in light of their high rate of femicide, specific conditions linked to social inequalities and the solid political commitment of provincial governments.

ILO’s work in the project will focus on preventing and addressing gender-based violence in and from the world of work, as well as on promoting the economic empowerment of victims of gender-based violence (pillars 1, 3 and 4). Work will involve workers’ and employers’ organizations, ministries working on labour, gender and other related matters and the legislative and judiciary, both at national and province level. The project will also keep a focus on women and girls suffering from multiple forms of discrimination (such as indigenous women, migrant women, transgender women, and women living with disabilities, among others). 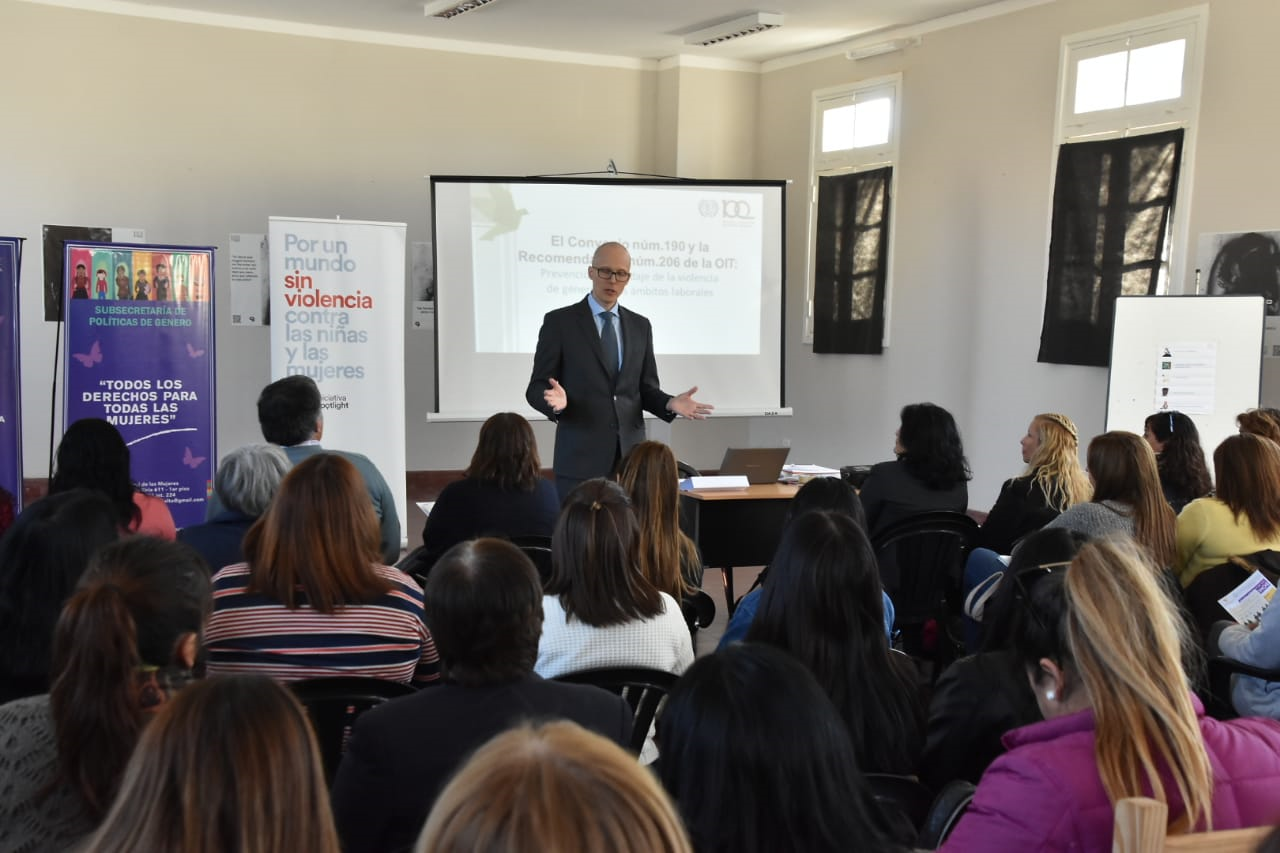 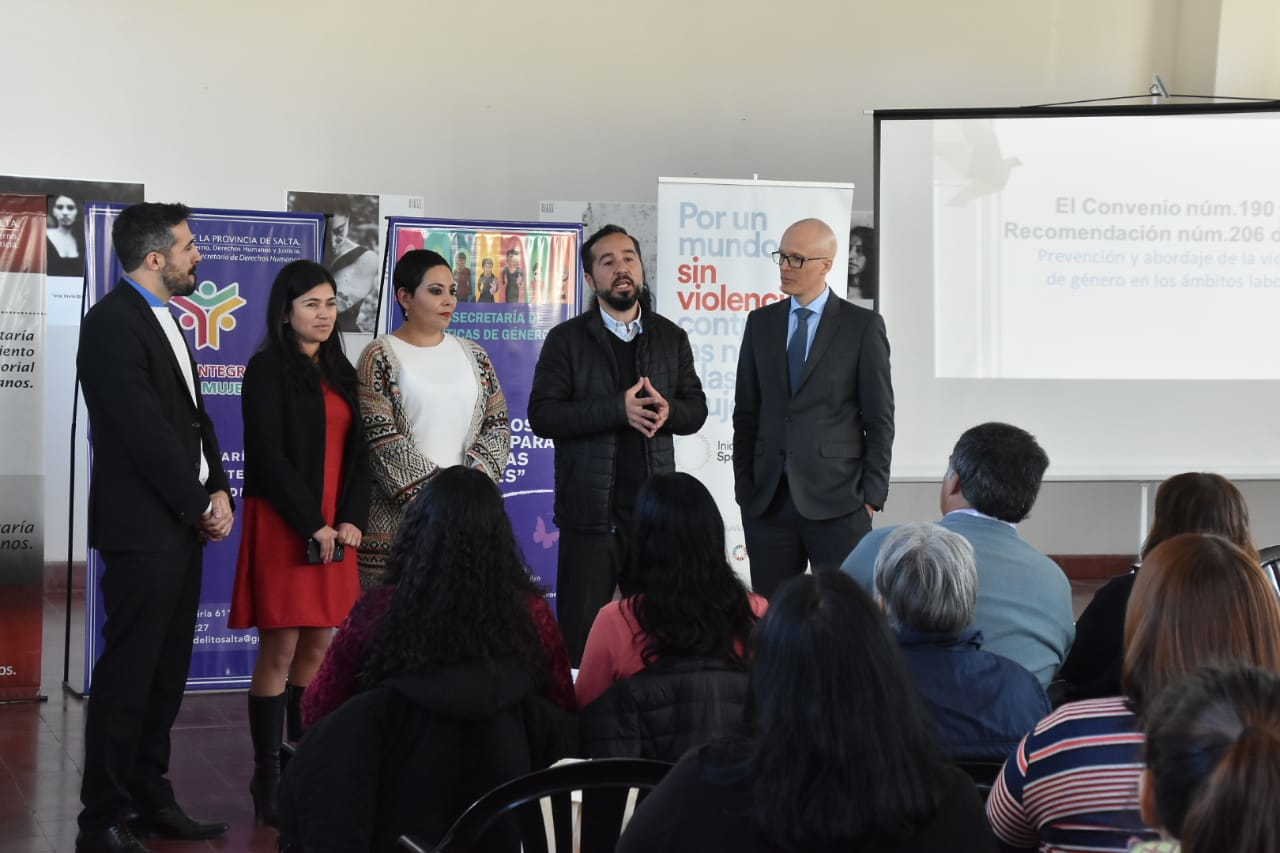