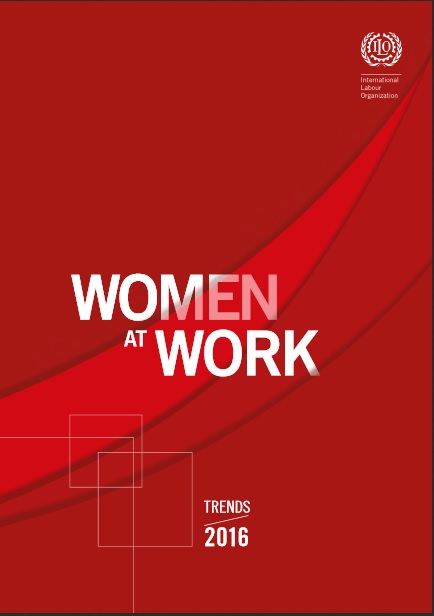 Download:
Since the ILO’s founding in 1919, gender equality and non-discrimination have been pillars of its mission to promote social justice through the world of work. As the Organization approaches its second century, it has chosen to focus on women at work as one of its centenary initiatives. Women at Work: Trends 2016 is a key contribution to these efforts and seeks to further the central goals of the 2030 Sustainable Development Agenda.

The report provides a picture of where women stand today in the world of work and how they have progressed over the past 20 years. It examines the global and regional labour market trend and gaps, including in labour force participation rates, employment-to-population rates and unemployment rates, as well as differences in the type and status in employment, hours spent in paid and unpaid work, sectoral segregation and gender gaps in wages and social protection.

It also presents an in-depth analysis of the gender gaps in the quality of work and explores the key policy drivers for gender transformative change. The discussions and related recommendations focus on three main dimensions: sectoral and occupational segregation, the gender wage gap, and gaps in the policy framework for work and family integration.

Statement by ILO Director-General: Getting to Equal by 2030, The Future is Now