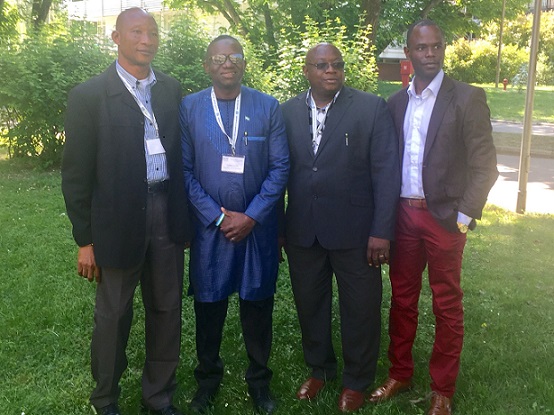 In July 2019, Sierra Leone officially appointed four focal points for the promotion of the Tripartite Declaration of Principles on Multinational Enterprises and Social Policy (MNE Declaration) and the application of its principles:

These nominations are the result of tripartite consultations and reflect the interest of the Ministry of Labour and the social partners to collaborate and ensure strong synergies with the work of the Sierra Leone Local Content Agency, a specialized semi-autonomous agency of the government of Sierra Leone charged with the responsibility to implement the Local Content Agency Act 2016. The agency and government’s key priority and strategic focus is skills development and strengthening the capacity of local enterprises and its citizens for the enhancement of livelihood as formulated by the government of Sierra Leone’s medium term National development Plan of 2019 – 2023. The Agency aims to ensure that there is sufficient linkages between Foreign Direct Investment and the local economy.

The focal points will shortly meet at the Ministry of labour and Social Security to identify the institutions to constitute a Working Group to roll the recommendations of the MNE Declaration at the country level. Sierra Leone is planning to concentrate its efforts in increasing awareness of the MNE Declaration to improve skills and productivity in the agriculture sector, and reduce unemployment and poverty.

Sensitization and training activities paved the way to these appointments. In March 2019, the ILO facilitated three one-day sensitization workshops for government officials, employers’ and workers’ organizations) in the context of the “Small and Medium Enterprises (SME) development project for Sierra Leone” funded through ILO Regular Budget Supplementary Account (RBSA). The MNE Declaration was presented to the national actors and discussions took place to explore how to further translate the Sierra Local Content Act into action, using the guidance of the ILO MNE Declaration.

Sierra Leone also participated in the annual course “Multinational enterprises, development and decent work: the approach of the MNE Declaration” held at the International Training Center of the ILO, in Turin, Italy in May 2019. This course looked at how governments, enterprises and the social partners are encouraged to put policies in place and engage with each other through dialogue to maximize the positive contribution of multinational enterprises to socio economic development and the realization of decent work.

Sierra Leone is the fifth country, after Côte d’Ivoire, Norway, Portugal, and Senegal, to appoint national focal points for the promotion of the MNE Declaration.

The MNE Declaration is the only ILO instrument that provides direct guidance to enterprises on social policy and inclusive, responsible and sustainable workplace practices. It is the only global instrument in this area that was elaborated and adopted by governments, employers and workers from around the world.

The ILO revised its Declaration on Multinational Enterprises in March 2017. To encourage uptake of its principles of the MNE Declaration by all parties, the ILO Governing Body adopted a range of operational tools, including a regional follow-up mechanism, the appointment of national focal points on a tripartite basis, a company-union dialogue, and an interpretation procedure on the application of the principles of the MNE Declaration. The ILO is assisting governments, employers and workers from around the world to build their capacity on applying the guidance provided in the MNE Declaration in the country context.

Progress report: Enabling Environment for Sustainable Enterprises and promotion of business linkages between MNEs and local enterprises in Sierra Leone
Skip to top