A shared understanding of the social and solidarity economy (SSE) is emerging from the development of legislation and statistical frameworks on the SSE. Since the turn of the century, legislation on the SSE has been adopted in more than 20 countries. Based on a review of the legal acts, this brief presents and synthesizes the values, principles, organizational forms and policy measures that are subsumed under the SSE.

This brief documents partnerships between trade unions and the social and the solidarity economy in support of informal economy workers. It is based on a research study that involved a literature review, and an examination of selected partnerships through the development of country case studies in Brazil, Colombia, Kenya and South Africa, and validation of findings with organizations of informal economy workers.

This ILO Spotlight brief is jointly developed by the Social Protection Department and the Cooperatives Unit in the Enterprises Department. It focuses on mobilizing social and solidarity economy units towards universal social protection. The brief builds on the related section of the Office Report on “Decent work and the social and solidarity economy” prepared for general discussion at the International Labour Conference 110th Session, 2022 (paras 73 et seq.).

Recognizing the important role that the creative economy plays in social and economic progress, the UN General Assembly declared 2021 as the International Year of Creative Economy for Sustainable Development. The culture and creative sector (CCS), includes music production, movies, theatres and radio broadcasting, with many artists in the sector working in informal and precarious arrangements. With the COVID-19 pandemic, existing vulnerabilities have been further exacerbated, calling for attention to socially innovative organizing and business models in CCS. Social and solidarity economy (SSE) units, including cooperatives, mutuals, associations, foundations and social enterprises, can provide value and principle based services and livelihoods options to CCS workers. In light of the upcoming general discussion on SSE for a human-centred future of work at the 110th Session of the International Labour Conference, this brief highlights how SSE units in the CCS can contribute to advancing rights at work, improving quality of jobs, ensuring access to social protection, and fostering local economic development


Waste pickers make significant contributions to public health, sanitation, and the environment by promoting resource circulation and reducing the amount of landfill. However, they are often not legally recognized as workers and suffer from poor working conditions and lack of social protection. This brief highlights the role of waste pickers' cooperatives and other social and solidarity economy organizations (SSEOs) in integrating and formalizing the work of waste pickers in the recycling value chain and improving their working conditions.

Published in August 2019
Although the contribution of cooperatives in the garment sector has not been quantified, cooperatives of all sizes operate along the garment supply chain including in agriculture, textile and apparel production, retail and supporting functions. Most garment production and manufacturing sites are located in developing countries. For the purpose of this brief, we will refer to three types of cooperatives, according to the type of members: producers, workers and users.

Hundreds of millions of people suffer from discrimination on the basis of race, colour, sex, religion, political opinion, national extraction, social origin or other grounds which are continuously emerging, in the world of work. This note focuses on discrimination faced by indigenous peoples and people living with disabilities as well as gender based discrimination in the world of work, reflecting on how cooperative enterprises can potentially be leveraged to assist populations who face discrimination to support themselves, their households and communities.

Freedom of association is an enabling right to the enjoyment of all other FPRW, as it opens the door to participatory actions against forced labour, the protection of children from abuses, and responsive measures based on non-discrimination and equality. This note looks at the role of cooperatives, both as employers and as organizations formed by workers, in promoting freedom of association to their members and workers.

Domestic work, agriculture, construction, manufacturing and entertainment are among the sectors most affected by compulsory and forced labour. Migrant workers and indigenous people are particularly vulnerable to it. This note looks at how cooperatives and their unions and federations can play a crucial role reaching out to their members and imparting tools and know-how that facilitate their change toward elimination of forced labour practices.

Published in June 2017
The world of work is undergoing major processes of change. There are several forces transforming it, from the onward march of technology and the impact of climate change to the changing character of production and employment, to name a few. This note presents some of the ways in which cooperatives are responding to and have the potential to play a greater role in the changing world of work.

Worldwide, there are at least 785 million women and men of working age with disabilities. They often face many obstacles to equal opportunities in the world of work, ranging from attitudinal and physical to informational barriers. A recent report estimates that worldwide more than 26 million people work in cooperative enterprises as employees or worker-members. This note looks at how cooperative model encourages active involvement of people with disabilities in their enterprises and how cooperatives have demonstrated an understanding of, and a determination to meet, disability related needs of their members and employees.

The International Labour Organization estimates that, worldwide, there are at least 52.6 million domestic workers. Often domestic workers face isolation due to their workplaces and restrictions on their movement by their employers. Also, domestic workers frequently work outside their home countries as migrant workers. This note provides how cooperatives can provide a way out of precarious and informal working arrangements, which can be a feature of working life for many migrant workers.

Inequalities between women and men exist in the world of work, both in quantity of job opportunities and quality of employment. Gender equality in the world of work signifies equality of opportunity and treatment, equality of remuneration and access to safe and healthy working environments, equality in association and collective bargaining, equality in obtaining meaningful career development, maternity protection, and a balance between work and home life that is fair to both men and women. This note provides insights into questions such as: How can cooperative enterprises help promote gender equality? What ways can women make use of the cooperative model to access opportunities that are otherwise not available to them?

Also available in Spanish and French 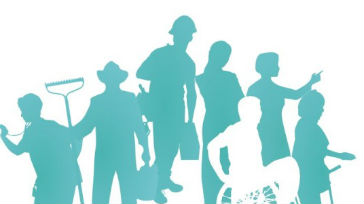