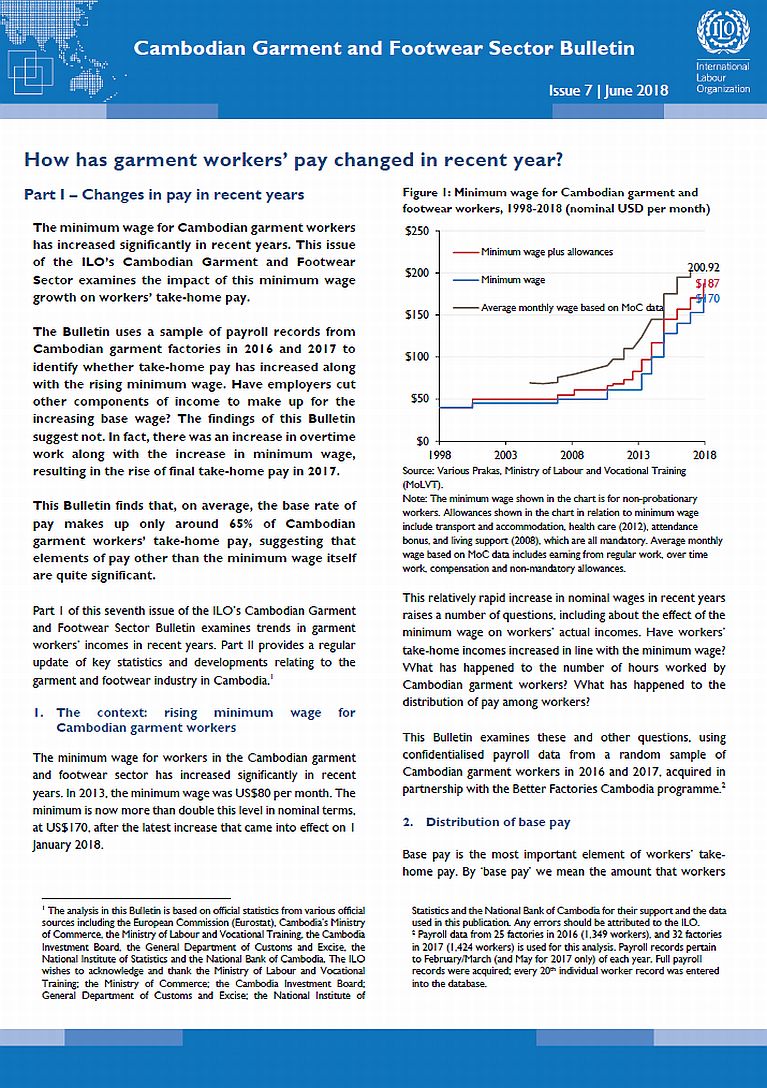 Download:
This 7th issue of the Bulletin examines the impact of minimum wage growth on workers’ take-home pay by analysing samples of payroll records from garment factories in 2016 and 2017. Have employers cut other components of income to make up for the increasing base wage? The findings of this Bulletin suggest not. In fact, there was an increase in overtime work along with the increase in minimum wage, resulting in the rise of final take-home pay in 2017. This Bulletin finds that, on average, the base rate of pay makes up only around 65% of Cambodian garment workers’ take-home pay, suggesting that elements of pay other than the minimum wage itself are quite significant.