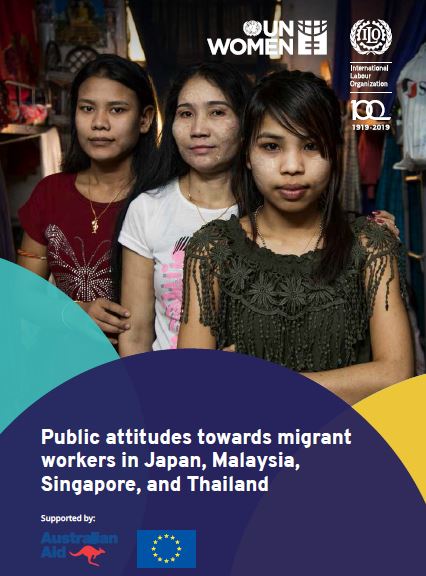 In 2019, nearly a decade later, the TRIANGLE in ASEAN (ILO) and Safe and Fair (ILO and UN Women) projects have conducted a similar survey of 4,099 nationals to track trends in Malaysia, Singapore, and Thailand, and adding Japan, given its emergence as an important destination country for low-skilled migrant workers in Asia.

However, the public in countries of destination show more positive support for policies that particularly address gender equality, violence against women, and problems in women dominant job sectors. Respondents largely agreed that care work should be recognized as a profession, and that women migrant workers should receive maternity leave. Similarly, respondents expressed support for shelters when women migrant workers face violence, and for stronger enforcement against violence against women.

Safe and Fair: Realizing women migrant workers’ rights and opportunities in the ASEAN region TRIANGLE in ASEAN
Skip to top